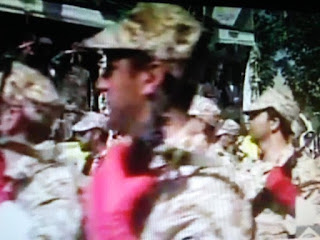 I didn't know Iran has these sorts of problems within their country.
Maybe their internal problems are much more dire than is being reported?

CNN reports at least 25 people were killed and 60 others injured in an attack on a military parade in Iran's southwestern city of Ahvaz on Saturday, Iran's semi-official Fars News Agency reported, citing Deputy Governor-General of Khouzestan province Hossein Hosseinzadeh.

The dead and wounded were both military personnel and civilians including a journalist who were watching the parade, state news IRNA added.

"Terrorists began shooting from a long distance while inside the park, at the armed forces as well as civilians watching the parade," Brigadier General Abolfazl Shekarch, a spokesman for the Iranian armed forces told MEHR, another Iranian news agency.