This is the woman asking questions at Kavanaugh-Ford hearing on Thursday. 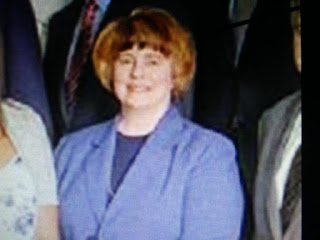 I don’t know anything about this woman.
But, I'm pretty sure Democrats are upset it's a woman asking Christine Ford questions instead of old White men.  That's the optic they were hoping for.

Laredo Morning Times reports Arizona prosecutor Rachel Mitchell has emerged as Senate Republicans' choice to question Brett Kavanaugh and the woman who has accused the Supreme Court nominee of sexually assaulting her when they were teenagers, according to two people familiar with the decision.

Mitchell, the sex crimes bureau chief for the Maricopa County Attorney's office in Phoenix, is the leading candidate to query the two at Thursday's highly anticipated hearing in the Senate Judiciary Committee, according to the individuals.

They spoke on the condition of anonymity because they were not authorized to discuss it on the record.

A registered Republican, Mitchell has worked for the Maricopa County Attorney's Office for 26 years.