Who is investigating Ronan Farrow's background? 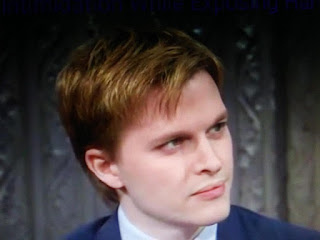 It seems that the mainstream media has carved out a special niche for Ronan Farrow.
He's become the #MeeToo finder of fact who uncovers decades old sexual misconduct.  It doesn't matter if his journalistic acumen is of a neophyte.  Mainstream media  machinery has already given him the Pulitzer Prize.  So any story he writes is automatically given the utmost credibility.

But, I think it's all a fraud.

Like so many things in Liberalism: Black Lives Matter, Occupy Wall Street, the Southern Poverty Law Center, the #MeToo Movement, Ronan Farrow is just as phony.

He's not new.  He's part of the same old  Democrat Party scheme that sets up a narrative to attract voters while simultaneously extorts money from corporations and individuals to make them go away.

Farrow grew up a child of celebrity and privilege.  Sexual misconduct, drug use, and all kinds of other debauchery is common in that world.  So who is the Ronan Farrow investigating Ronan Farrow?
at 9/25/2018 09:58:00 AM