Dianne Feinstein on Kavanaugh Allegation: ‘I Can’t Say Everything is Truthful’ 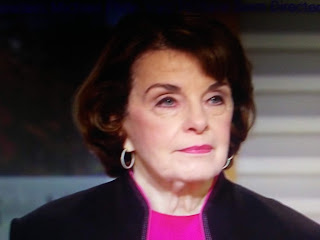 I'll help you out, Dianne.  Ms Ford is a fraud,  How about that?
I think Senator Feinstein already know that.

“No one called her, or called her lawyer. My understanding is she got emails. I have no say. I’m the lead Democrat so this is all up to the Republican side.”