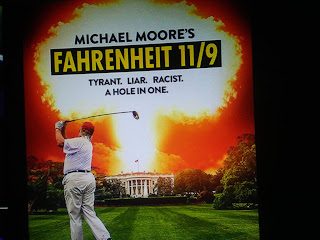 Wow, how original is that?

Rueters reports filmmaker Michael Moore compares U.S. President Donald Trump to Adolf Hitler in his provocative new documentary, “Fahrenheit 11/9” that got its world premiere at the Toronto International Film Festival on Thursday to a sold-out audience.

The documentary examines the forces Moore believes contributed to Trump’s election victory in November 2016, drawing parallels with the rise of Hitler in 1930s Germany.