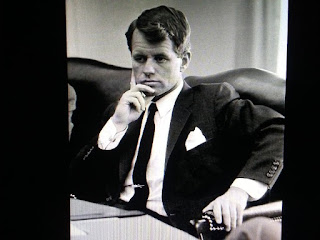 The Robert F. Kennedy Human Rights Foundation intends to spend millions of dollars to bail out teenagers and woman from city jails who don't have the money to post a bond.
It's virtue signaling run amok because such a stupid idea creates new problems.

What will happens if one of these Kenney bail out people commits further crimes like rape, robbery, or even murder?  The families of those victims can sue the Kennedy Foundations for millions because their bail out put criminals back on the streets.

A Kennedy bail out recipient no longer has incentive to show up to court because he doesn't have any skin in the game.  Or even worse.  He now has an incentive to get rid of witnesses for the crime he committed.  No witnesses, no crime!  We're talking criminals here.

The Kennedy Foundation needs to mind their own business and not implement such a insane idea.  It's not worth the agony it can cause.