Slanderous: Iran's president blames US after attack on military parade 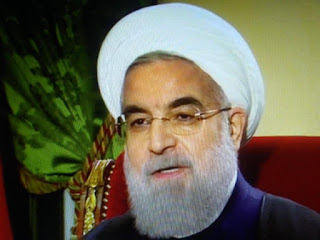 President Hassan Rouhani is making a very reckless accusation that could lead as a basis for an Iranian attack on the United States.

AOL News reports Iran's President Hassan Rouhani said Sunday that an unnamed U.S.-allied country in the Persian Gulf was behind an attack on a military parade that killed 25 people and wounded around 70.

Rouhani did not identify those behind Saturday's attack, which was claimed by an Arab separatist group. He could have been referring to Saudi Arabia, the United Arab Emirates or Bahrain — close U.S. military allies that view Iran as a regional menace over its support for militant groups across the Middle East.

"All of those small mercenary countries that we see in this region are backed by America. It is Americans who instigate them and provide them with necessary means to commit these crimes," Rouhani said.