Sweden voters step toward conservative leader and away from progressives in wake Muslim invasion, crime increase 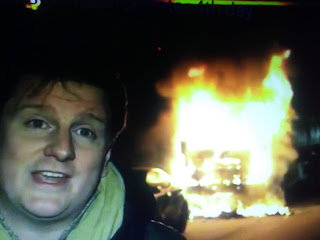 Riots have hit the streets of Sweden perpetrated by Muslim refugees.
Voters are reacting to diminished quality of life and an increase in crime.

Reuters reports Swedes voted on Sunday in an election dominated by fears over asylum seekers and welfare, with the anti-immigration Sweden Democrats vying to become the biggest party in a country long seen as a bastion of liberal values.
Far-right parties have made spectacular gains throughout Europe in recent years after a refugee crisis sparked by civil war in Syria and conflicts in Afghanistan and parts of Africa.
In Sweden, the influx of 163,000 asylum seekers in 2015 has polarized voters, fracturing the political consensus and could give the Sweden Democrats, a party with roots in the white supremacist fringe, a veto over who forms the next government.