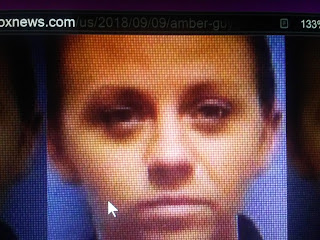 How can a police officer not know she wasn't in her own apartment and still be sober?
Something is mot adding up.

CNN reports the Texas Rangers have postponed seeking a warrant on manslaughter charges against an officer who shot and killed a man in Dallas.

Police identified the officer as Amber Guyger, a four-year veteran of the department assigned to the Southeast Patrol Division. Guyger was involved in another shooting incident in May 2017, when a suspect took her taser, according to a Dallas Police Department news release.

The decision comes one day after Dallas Police Chief Ulysha Renee Hall said police were pursing a manslaughter warrant against the officer in a case she described as having "more questions than answers."