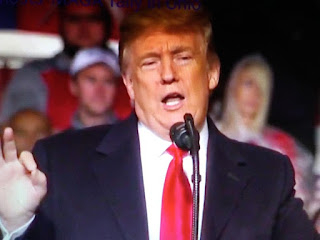 The reason corrupt media figures like punkass Don Lemon were so upset with Kanye West is because black support for Trump is trending upward.
No GOPer has been able to do that in history.  Democrats are freaking out.

Fox News reports President Trump said during a rally Friday night in Ohio that he believes Republicans will win over black voters, citing improved economic statistics for African-Americans and saying rapper Kanye West was “amazing” during his energetic Oval Office visit this week.