Did you hear the joke about Elizabeth 'Pocahontas' Warren thinking she might running for president? 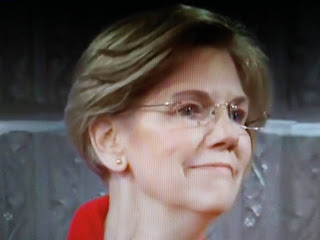 The joke would be on the American people this fraud of a politician thinks she has a shot at becoming president.
She's a star in the progressive world.  But, so is Ocassio-Cortez.  So, that ain't sayin' much!

AOL News reports a presidential run may soon be on the horizon for Sen. Elizabeth Warren.
The Massachusetts Democrat announced on Saturday that she will seriously consider running for the White House following the midterm elections in November.

“It’s time for women to go to Washington and fix our broken government and that includes a woman at the top. So here’s what I promise, after November 6 I will take a hard look at running for president,” she declared to a standing ovation as seen in an online video.