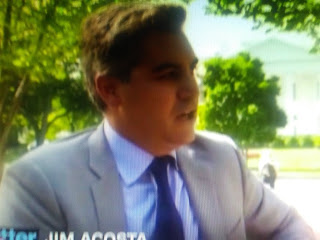 Being a member of the White House press corps is a privilege, not a right.
Jim Acosta has abused the privilege on multiple occasions.  This lawsuit will go nowhere and its purpose is to provide the mainstream media with a cheap headline.


CNN has filed a lawsuit against President Trump and several of his aides, seeking the immediate restoration of chief White House correspondent Jim Acosta's access to the White House.

The lawsuit is a response to the White House's suspension of Acosta's press pass, known as a Secret Service "hard pass," last week. The suit alleges that Acosta and CNN's First and Fifth Amendment rights are being violated by the ban.

The suit was filed in U.S. District Court in Washington, D.C. on Tuesday morning.