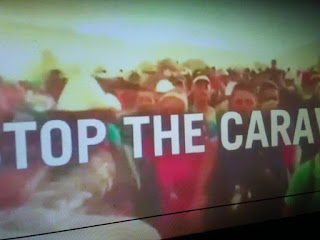 This ad is super effective!

This generalization is both disgusting and disrespectful . Putting down a culture for your political agenda is unacceptable . And Donald Trump is endorsing it because of his view on the caravan ? I’m vexed . #CaravanaMigrante #DonaldTrump pic.twitter.com/ZDkQlz8Lxl
— Sandraliz Lorenzana (@QueenSandraliz) November 5, 2018