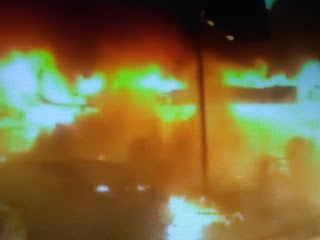 Democrat controlled California are beholden to environmental groups.
Their policy beliefs of not wanting to disturb underbrush have made the entire state a tinderbox whereby events like these are made much worse.

NY Post reports the blaze that started Thursday outside the hilly town of Paradise has grown to 156 square miles and destroyed more than 6,700 buildings, almost all of them homes, making it California’s most destructive wildfire since record-keeping began. But crews have made gains and the fire is partially contained, officials said Saturday.

The dead were found inside their cars and outside vehicles or homes after a desperate evacuation that Butte County Sheriff Kory Honea called “the worst-case scenario.” Their identities were not yet known.

“It is what we feared for a long time,” Honea said, noting that there was no time to go door to door.

There is no reason for these massive, deadly and costly forest fires in California except that forest management is so poor. Billions of dollars are given each year, with so many lives lost, all because of gross mismanagement of the forests. Remedy now, or no more Fed payments!
— Donald J. Trump (@realDonaldTrump) November 10, 2018