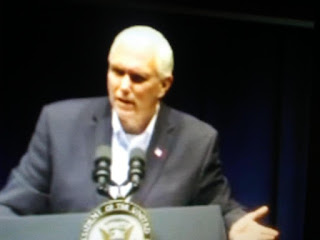 No way do I believe the conventional wisdom that says Democrats gain control of The House.  I just don't see it happening the same way I didn't see Hillary becoming president.


The Hill reports Vice President Pence maintained in an interview with Hill.TV on Friday that Republicans will keep control of the House in next week's midterm elections.

"But that being said, there is certainly common ground in areas that we can work that the president has laid out," Pence added when asked about working with Democrats if they win the House, citing issues like trade and infrastructure.

"I think there's a broad range of areas that we'll be able to work with that Democrat minority in the House and the Senate, and we'll continue to reach out to do that."