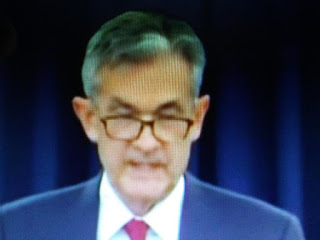 This is an intentional act by the Fed Reserve to do their part and gut a booming economy to oust President Trump from office by orchestrating a recession.
This is sabotage by Washington elites that want Trump gone.

AOL News reports the U.S. Federal Reserve raised interest rates on Wednesday, as expected, but forecast fewer rate hikes next year and signaled its tightening cycle is nearing an end in the face of financial market volatility and slowing global growth.

The central bank said the U.S. economy has been growing at a strong rate and the job market has continued to improve. It noted that "some" further gradual rate hikes would be needed, a subtle change that suggested it was preparing to stop raising borrowing costs.

The decision to raise borrowing costs again is likely to anger U.S. President Donald Trump, who has repeatedly attacked the central bank's tightening this year as damaging to the economy.