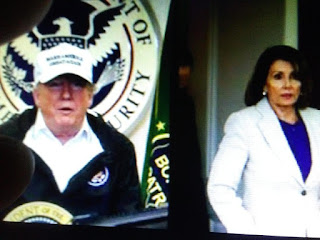 Can you imagine the look at Nancy's face when Trump suggested she could fly commercial? Hilarious!

NewsMax reports she imperiled his State of the Union address. He denied her a plane to visit troops abroad.

The shutdown battle between President Donald Trump and House Speaker Nancy Pelosi is playing out as a surreal game of constitutional brinkmanship, with both flexing their political powers from opposite ends of Pennsylvania Avenue as the negotiations to end the monthlong partial government shutdown remain stalled.