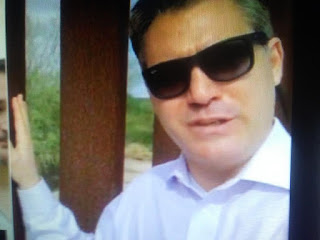 Hey, Jim!  You idiot!
The reason there's nobody at the wall is because it does what it's supposed to do.  Keep them from crossing into our country.

Fox News reports House Speaker Nancy Pelosi might want to confiscate someone’s selfie stick.
CNN’s Jim Acosta was mocked across social media on Thursday for posting a video that was meant to downplay President Trump's claims of a border crisis -- but ended up supporting his argument that border barriers improve security.
“Here are some of the steel slats that the president’s been talking about,” Acosta said while reporting from the southern border. “But as we’re walking along here, we’re not seeing any kind of imminent danger.”