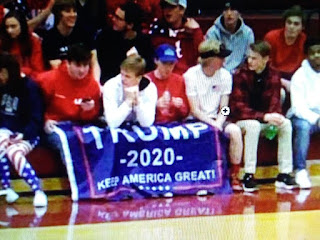 Trump has tremendous support throughout the country the mainstream media can't stand.

Michael Walker posted on Facebook a photograph of fans on the Jordan side of the gym with the flag draped over the legs of four front-row spectators.