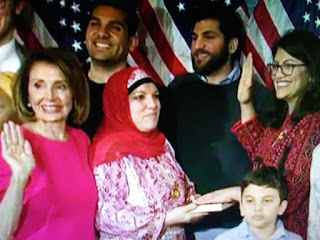 It's the only game they know.  Hey, we're diverse aren’t we proud?

Forget about more money in people's wallets because of lower taxes.  Dems want more in taxes to fight the evil affects of climate change.

Democrats don't have to do anything.  They're smarter than anyone else.  Just ask them.  But, do their ideas work in the real word?  Hell no!  There's plenty of examples here and around the world to prove socialism fails miserably.  They cry about income inequality as if that's a bad thing.   Nevertheless, there's a place where income equality is a fact of life.  It's called Cuba where a doctor gets paid as much as a janitor.   Is that what Americans want for their children in medical school?  Incomes are suppose to be unequal.  Life in Cuba is dreary for their  people.  But, Democrats conveniently leave out the details of how income inequality is fuzzy concept.  Income inequality rewards people who stay in school, who don't get hooked on drugs, who has a skill that's desired by others and they benefit from it.  Democrats take the beauty of it and makes it an ugly thought to trick others that they're looking out for them.

With Democrats it's all about the feel good.  It's doesn't matter if an idea doesn't work.  Look how much they help the poor, they say.  But, actually the poor are not being helped.  Giving away free stuff is not being helpful at all.  There's no dignity or a sense of self-worth in it.  Souls are hurt.

The best anti-poverty program is a job.   Democrats aren't interested In that.  They prefer a government program that keeps people coming back for more.  And by the way, it’s how they stay in power.

Where else does progressive ideas don't work?  Look at Detroit.  Dems have been in control of that city for decades and that town went bankrupt.    San Francisco?  A once beautiful city has an out of control homeless and crime problem.  Residents are leaving in droves.  Car break-ins are an epidemic.  Democrats can't figure out how to fix the problem.  A Dem Politian advice to San Franciscans was to leave their car doors open so the homeless don't have to break in.  That's the Democrat Party.

All that is of no consequence because diversity rules the day.  It's the end all be all of every problem we face as a country.  So illegals come on over.  Democrats have sanctuary cities for them to hide in.  American citizens be damned especially if they're White.
at 1/05/2019 02:44:00 PM