What mainstream media also got wrong: Vietnam Vet status of Native American Nathan Phillips at center of encounter in question 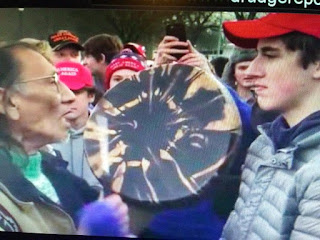 I saw so many reports this guy was described as a Viet Nam Vet.
I didn't give it a second thought and accepted as a fact.  But, look at how the mainstream media gets the simplest things wrong.  They're a joke!

According to multiple news accounts, the activist is 64 years old, which means he would have been 18 years old in 1973, the last year any U.S. combat units were stationed in Vietnam.

Mr. Phillips also claims to be a Marine veteran, although the last Marine combat units left Vietnam in 1971.