Limbaugh: Spending bill was effort by some Republicans to sabotage president 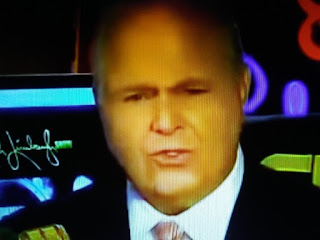 Rush Limbaugh broke it down on Fox News Sunday like no one else can.

Fox News reports conservative talk radio host Rush Limbaugh, speaking to "Fox News Sunday," charged that the compromise spending bill recently signed by President Trump to avert another partial government shutdown was little more than a disguised effort by some Republicans to torpedo his 2020 presidential candidacy.
"Both parties have people that are still trying to get rid of Donald Trump," Limbaugh said, asserting that Democrats are also working to guarantee a "permanent underclass of voters" who are "uneducated" and "don't even speak" English.
He continued: "I read this bill -- this spending bill, this bill is outrageous. [It includes] welcoming centers for newly arriving illegal aliens, and all kinds of medical care" -- a reference to the allocation of $192,700,000 in the bill's conference agreement to enhance medical care and transportation for illegal immigrants in U.S. custody, including to shelters run by nonprofits.