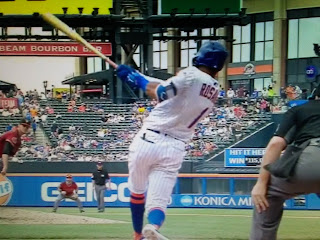 I reached a point in my life after not wanting the DH in the National League, I welcome the change if it happens.
Purely selfish on my part.  It would help the Mets letting Yoenis Cespedes be the full time DH for the Mets.


The Score reports smong the proposed changes, the union requested a universal designated hitter be implemented ahead of the 2019 season, sources told Ken Rosenthal of The Athletic. If approved, pitchers would no longer take at-bats in National League or Interleague games.

The request was partly a response to one from the league to impose a three-batter minimum for pitchers, which would effectively eliminate left-handed specialists. That potential change is part of a continued effort to improve pace of play.