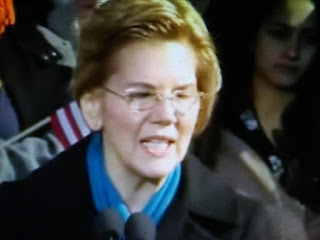 This woman has no shame!
But, I'm glad she's running because she adds so much comic relief to the Democrat field.

Greenwich Time reports Sen. Elizabeth Warren formally launched her presidential bid Saturday by reemphasizing her signature issues of fighting economic inequality and corporate wrongdoing, an effort to move beyond new questions that arose in recent days about her previous claims that she was a Native American.
The outdoor rally - on the steps of a former cotton mill and the site of a historic labor strike led by women and immigrants - was intended to position Warren as the leader of a renewed crusade against what she called the "corrupt" influence of large companies and powerful politicians.