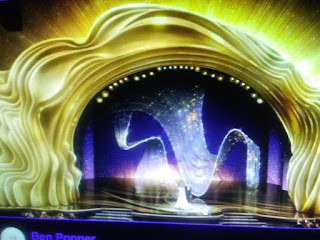 I would say these people really need some coach time.
But, our psychiatric community has been so co-opted by Liberalism, they'd probably agree with the social media loons.


NY Post reports once you’ve seen it, you can’t unsee it.

Social media users are convinced that the Oscars stage was inspired this year by President Trump’s hair.

“I can’t be the only one saying this,” wrote Tom Piechura on Twitter.

“Anyone else seeing President Trumps hair in the 2019 Oscars stage?” another person asked.
“Maybe it is a tribute,” a third user said.

The set — which was created by Tony-nominated Broadway production designer David Korins, of “Hamilton” — was supposed to represent “inclusion and humanity, femininity and beauty,” but all anyone seemed to think about was Trump’s pompadour.