What MSM do not report: GALLUP says Liberals outnumber conservatives in only 6 states down from 9 states, Libs freaking out 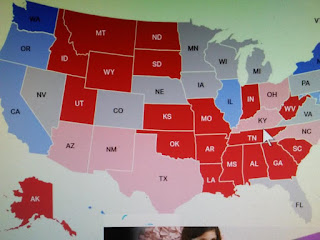 They're not talking about this at the NY Times, WaPo, and CBS, NBC, ABC.

Nationally, those who identify themselves conservative hold a nine-point lead.