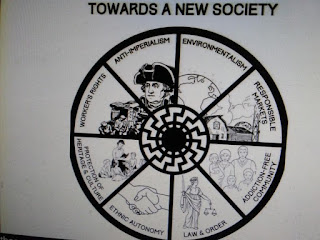 This is real ugly indeed!

The Sun reports a WHITE-supremacist who filmed himself slaughtering Muslims in a New Zealand mosque wrote a chilling 74-page manifesto after he was inspired by Anders Breivik.

The man, 28, who was born in Australia but whose parents are British, vowed to take revenge for the "thousands of European lives lost to terror attacks".