Student asks Beto O'Rouke 'When am I going to get an actual policy from you? 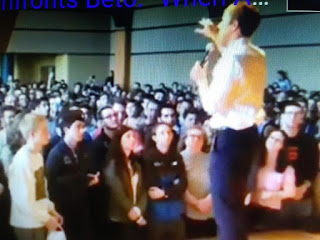 I don't think it's possible for Beto O'Rouke to talk without moving his arms
.  He's becomes a mute.


WND reports a student at Penn State University put the screws to Democratic presidential candidate Beto O’Rourke on Tuesday during a campaign stop, asking the failed Senate candidate, “When am I going to get an actual policy from you instead of just platitudes and stories?”