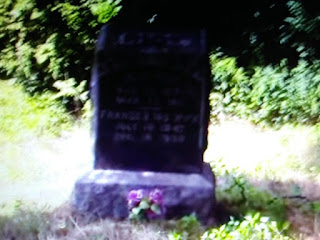 Wow, this is some scary stuff that would give me nightmares for days!

NY Post reports a woman visiting her parents’ Long Island burial plot descended into more than despair — she sank hip-deep into their grave, a lawsuit claims.

In the real-life horror show, Joanne Cullen bent down to fix a bow on a wreath by the headstone when a sinkhole formed and began to “swallow” her up, according to court papers.

“It caused her to fall forward and smash her head on the tombstone,” cracking a tooth, her lawyer, Joseph Perrini, told The Post.

She then tried to “bounce back and she started sinking into the ground and grabbed the sides of the tombstone,” he said.

Kinda reminds me of this scene from Carrie