Dems Nightmare: Christopher Steele dossier back in the spotlight after Mueller report's release 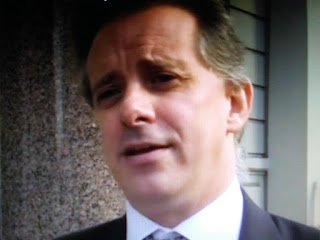 As incredible as it may seem, watchers of the mainstream media have no clue what's going to happen next as AG William Barr investigates the investigators.
Millions are ignorant because the MSM purposely DID NOT report how the special council came to be.  They're going to get an education and it won't be pretty.

Fox News reports with Special Counsel Robert Mueller’s Russia report now out in the open, attention is likely to return in coming weeks to the salacious and unverified anti-Trump dossier compiled by former British spy Christopher Steele -- a dossier whose more sensational claims were not substantiated by Mueller's team.
The dossier, funded by the Democratic National Committee (DNC) and Hillary Clinton’s 2016 campaign, sent shockwaves through the country and the halls of power in D.C. when it was published in January 2017, complete with lurid tales of a sex tape featuring prostitutes that the Russian government was said to be holding over President Trump's head.