MSM Got it Wrong again: Not a “Memphis Man”Suspect in Baby’s Murder Deported Five Times 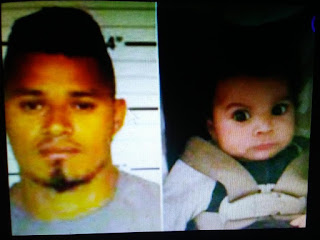 When I reported on this horrible story on Wednesday I wrote the following:

He's kills an innocent kid because his old lady stepped out on him?  What a jerk!  I'll be he's an illegal too.

Well, I was right not because I'm psychic but because this is an epidemic problem of illegals in the country committing crime.  These are the types of people every Democrat running for president wants to protect.  Think about that!

The New American reports the grim headlines got the story half-wrong again.


The Commercial Appeal in Memphis put it this way: “4-month-old baby beaten to death when Memphis man learned he’s not father, police say.”

The Fox News affiliate reported this: “Baby dies after being beaten by Memphis man who learned he was not the child’s father, police say.”

Except a “Memphis man” isn’t the suspect.

The suspect is an illegal alien whom immigration authorities deported five times.
Baby Had Fractured Skull

The 33-year-old “Memphis man,” the Commercial Appeal reported, beat the four-month-old to death because he learned he was not the father.

“Jose Avila-Agurcia is charged with first-degree murder in perpetration of aggravated child abuse in the death of Alexander Lizondro-Chacon, a baby he thought was his throughout the mother’s pregnancy,” the newspaper reported.