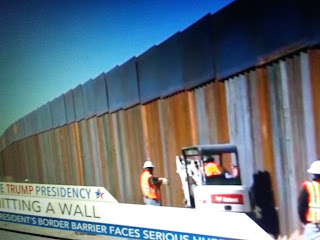 Why didn't Obama think of that?
I guess he was too busy thinking about climate change.

NewsMax reports as he threatens to shut down the southern border, President Donald Trump is considering bringing on a "border" or "immigration czar" to coordinate immigration policies across various federal agencies, according to four people familiar with the discussions.

Trump is weighing at least two potential candidates for the post: Former Kansas Secretary of State Kris Kobach and former Virginia Attorney General Ken Cuccinelli — two far-right conservatives with strong views on immigration, according to the people, who spoke to The Associated Press on condition of anonymity because they were not authorized to discuss the conversations publicly.