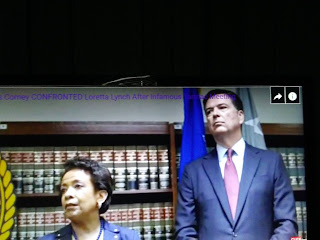 The Barr probe heat is on as we are seeing the DOJ swamp snakes turning on each other.

Fox News reports former Attorney General Loretta Lynch has flatly accused former FBI Director James Comey of mischaracterizing her statements by repeatedly alleging, under oath, that Lynch privately instructed him to call the Hillary Clinton email probe a "matter" instead of an "investigation."

Lynch, who testified that Comey's claim left her "quite surprised," made the dramatic remarks at a closed-door House Oversight Committee hearing last December.