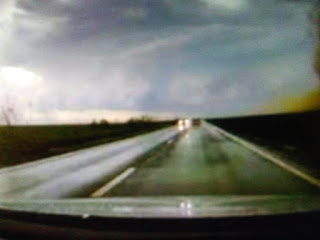 Daily Mail reports a catastrophic tornado has ripped through Missouri's capital, according to the National Weather Service.

The 'violent tornado' was confirmed in Jefferson City around 11.43pm Wednesday night. Jefferson City took a direct hit by the storm and there are several unconfirmed reports of residents hearing 'mass casualties' over their scanners.

Three deaths in Missouri have been confirmed, the result of a tornado earlier in the day, but there is no word yet on possible fatalities in the capital.
Police Lt. David Williams said officers have received multiple calls of people being trapped in their homes.