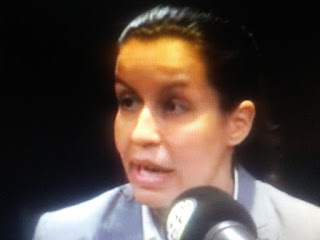 It is getting  crazy in New York!
Tiffany Caban is very dangerous for the borough of Queens and people better understand why.  The quality of life in New York has been trending downward since progressives have seized more control.  The streets are dirtier, crime is increasing despite the lies being told by the NYPD who are cooking the books, and that's about to get worse because Democrats have a elected a social justice warrior with ideas so over the top it's frightening.

Cabán, endorsed by fellow progressives like Bronx-Queens Rep. Alexandria ­Ocasio-Cortez and Vermont Sen. Bernie Sanders, got 39.6 percent of the vote to Katz’s 38.3 percent, with 99 percent of precincts reporting.

The GOP better get their act together because if this  dangerous woman wins in the Fall elections, it's more an indictment of them than a success for her.  This is serious!