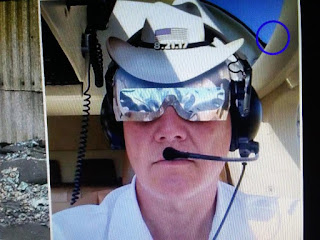 This is so bad!  I heard reports on Fox that this building was considered to be a restricted area.
The fog was so bad, maybe the pilot could not see where he was.   What a tragedy!

NY Post reports the pilot involved in the deadly helicopter crash at a Midtown skyscraper Monday had told air traffic controllers he was having problems as he flew through heavy fog and rain, law enforcement sources told The Post.

The pilot — identified as Tim McCormack — had just dropped off his boss at the 34th Street heliport on the east side prior to the crash-landing, sources said.
Police have said they believe his chopper was headed back to an airport in Linden, New Jersey, while conducting executive travel.