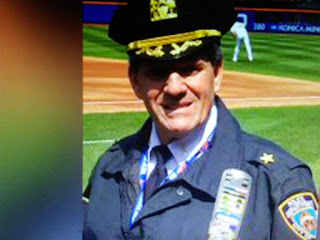 This is so sad.
I'm not making any assumptions what drove this man to kill himself.  He was a high ranking police officer.  So, something like this is beyond explanation.


NY Post reports an NYPD chief fatally shot himself in the head while sitting in an unmarked patrol car on Wednesday, just weeks before his scheduled mandatory retirement, sources said.

Steven Silks, the deputy chief of Queens North, was found shot in a parking lot just blocks from his office at the 112th Precinct Station house at about 6:30 p.m., according to law enforcement sources.

The 62-year-old chief was taken to Elmhurst Hospital, where he died.