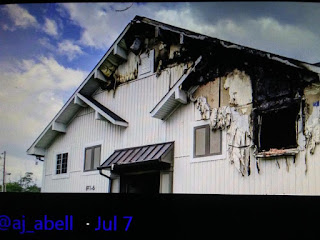 Where do I begin?
This is a damn shame because those two mothers needed to be at home looking after their kids instead of shaking their asses at a nightclub.


NY Post reports an early morning fire on Sunday killed an eight-month-old baby and injured five small children in Tennessee, while their mothers were at a nightclub, investigators said. (See video)

The mothers, ages 25 and 23, went to the club on Saturday night and police were trying to determine if a babysitter was hired to watch over their children while they were gone, according to a news release from the Metro Nashville Police Department.