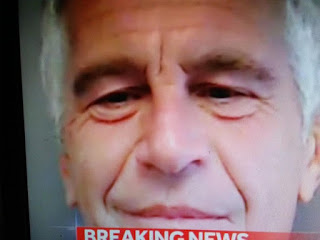 I bet he is!
Epstein is a big time Democrat donor that was allowed to skate with his misdeeds.  So it the Dems that need to be nervous if he goes down.

Breitbart reports former President Bill Clinton distanced himself on Monday from Jeffrey Epstein, a billionaire financier and former donor who was arrested for child sex trafficking over the weekend.

Clinton, who has taken a lower public profile since the 2016 presidential race, issued a statement through his press secretary, Angel Ureña, claiming to know “nothing about the terrible crimes” Epstein is purported to have committed.