Coats out Ratcliffe in as DNI Chief 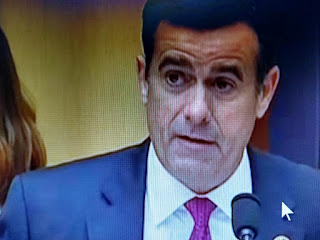 It's good for Trump to have a loyalist at that important position
especially with AG Barr investigating the investors of Trump-Russia collusion.

NewsMax reports President Donald Trump said on Sunday he would nominate Representative John Ratcliffe, a Republican who strongly defended him at a recent congressional hearing, to replace Dan Coats as the U.S. spy chief.
Coats, the current U.S. director of national intelligence who has clashed with Trump over assessments involving Russia, Iran and North Korea, will step down on Aug. 15, the president said on Twitter.