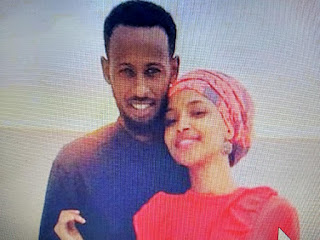 How does Ilham Omar afford a penthouse apartment on her salary?
And what about her marrying her brother?

Daily Mail reports leftist congresswoman Ilhan Omar and her husband – the father of her three children – have split and are heading for their second divorce, DailyMail.com has learned exclusively.

The bust-up comes just as critics are demanding answers as to whether she married her own brother in a successful bid to get him into the United States.

Omar has now dumped her current husband Ahmed Hirsi - who she first married in a religious ceremony in 2002 and divorced in 2008 - and moved into a penthouse apartment in one of Minneapolis's trendiest neighborhoods, DailyMail.com has learned exclusively.

But Hirsi, is also spending time at the apartment, which is in the Mill District sector of Minnesota's largest city, when she is out of town.