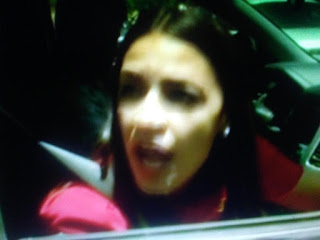 What a lying ditz.
She makes Joey Behar look brilliant.  For months President Trump declared a crisis at our southern border.  The response from Democrats and the mainstream media was it was a manufactured crisis.  Now, Democrats are flying in droves to get photo ops for a crisis they said never existed.


Daily Mail reports Rep. Alexandria Ocasio-Cortez said Monday that illegal immigrants and asylum-seekers detained at a pair of U.S. Customs and Border Protection stations she visited are 'drinking out of toilets' – a claim an agency official quickly denied.

Speaking outside a Border Patrol station in Clint, Texas, as she left she raged: 'There's abuse in these facilities.

'This was them knowing a congressional visit was coming. This was CBP on their best behavior. Telling people to drink out of the toilet.'