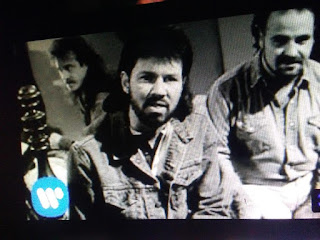 Oh, we're really going down that road again?
I wonder if they would ban Pussy Riot as well if they were also booked.  This will blow up big, I think.  I bet Confederate Railroad will get more attention than they ever did in their lives.

Fox News reports a Southern rock band called Confederate Railroad is firing back after it was barred from performing at an upcoming state fair in Illinois over its name and use of the Confederate flag
Formed in 1987 in Atlanta, Ga., Confederate Railroad was tapped to play the Du Quoin State Fair on Aug. 27 in Du Quoin, Ill. as part of “90s Country ReLoaded Day,” the New York Post first reported, citing local media.
In a statement to Fox News, the band confirmed they have been removed from the show by the Illinois Department of Agriculture because of the name of the band.