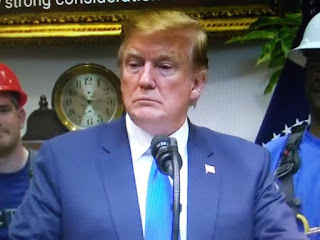 Anti-Semitism has found a home in the 21st century Democrat Party, led by the Squad.  A very disturbing development that needs to be called out and dealt with.

Free Beacon reports the Trump administration is working on multiple fronts to investigate and combat a rising tide of anti-Semitism in America that top officials warned is spreading across the country via a network of far left, anti-Israel activists, who seek to mainstream hatred against Jews at the nation's college campuses and elsewhere.

During a daylong conference, the first of its kind for this administration, senior administration officials from across the government gathered with legal experts and scholars to address the growing threat of anti-Semitism, which has resurged in America and across the globe in recent years.