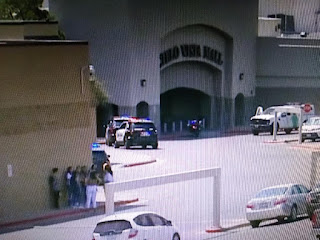 Here we go again!  This could be very ugly.

NY Post reports gunmen turned a Texas Walmart into a slaughterhouse Saturday, killing multiple people, police said.
More than one suspect was in custody after  the 11 a.m. shooting at the Cielo Vista Mall in El Paso, CNN reported.
At least 18 people were shot in all, though the number of fatalities was unclear, according to initial reports.
“My mom is dead,” a young boy told Fox News, as bodies lie dead on the ground.
“We have multi reports of multiple shooters,” El Paso Police tweeted the department tweeted just after 2 p.m.