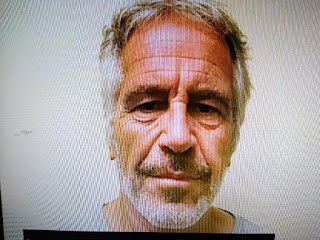 Jeffrey Epstein was a horrible human being who deserved to be dead.
However, it should have happened through his day in court and let the justice system work its will.  I believe this man was murdered by powerful forces that wanted him dead so they wouldn't be exposed for the same kinds crimes Epstein committed.


The following account is from a former inmate of the Metropolitan Correction Center in lower Manhattan, where Jeffrey Epstein was found unresponsive Saturday, and declared dead at a hospital of an apparent suicide. The ex-convict, who spoke to The Post’s Brad Hamilton and Bruce Golding on the condition of anonymity, spent several months in the 9 South special housing unit for high-profile prisoners awaiting trial — like Epstein.

There’s no way that man could have killed himself. I’ve done too much time in those units. It’s an impossibility.

Between the floor and the ceiling is like eight or nine feet. There’s no way for you to connect to anything.

You have sheets, but they’re paper level, not strong enough. He was 200 pounds — it would never happen.

When you’re on suicide watch, they put you in this white smock, a straight jacket. They know a person cannot be injurious to themselves.