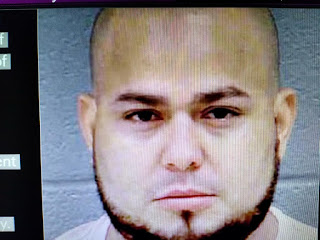 This is what Democrat officials do.  They don't care about endangering the lives of the public.
Their warped Liberal ideology believes in protecting the criminal first and that's what this North Carolina Sherriff's office did.

Daily Mail reports US Immigration and Customs Enforcement has blasted a North Carolina sheriff's office for releasing a Honduran illegal immigrant accused of child rape and other charges instead of honoring an ICE detainer notice.

Oscar Pacheco-Leonardo, 33, a Honduran national and fugitive, was arrested during a 'targeted enforcement operation' in North Carolina's Mecklenburg County on August 9, according to an ICE media alert Friday.

Pacheco-Leonardo's arrest, ICE officials noted, came 'nearly two months after the Mecklenburg County Sheriff’s Office refused to honor an ICE detainer, or even notify ICE of the release, and instead released Mr. Pacheco’s from local criminal custody following his arrest on first-degree rape and indecent liberties with a minor charges.'