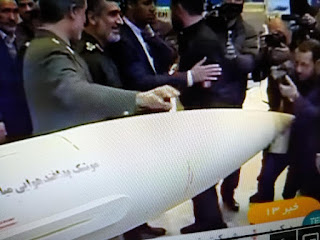 Iran is just trying to get some attention.
If they really posed a threat, Israel would have bombed them by now.

Daily Mail reports Iran unveiled what it described as three new precision guided missiles on Tuesday as President Hassan Rouhani warned of the 'mother of all wars' if the US attacks.

Defence Minister Brigadier-General Amir Hatami said it proves Iran 'will not hesitate for a moment to defend [itself]' as he viewed the weapons in front of TV cameras.

It comes after President Hassan Rouhani warned the US of the 'mother of all wars' if tensions in the Gulf spill over into conflict.