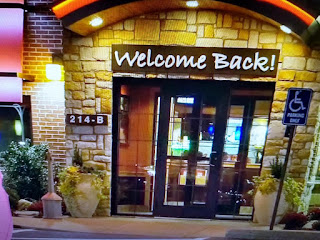 All during the so called "living wage" debate I said people were being tricked by the Democrat party for supporting an issue that was going to hurt them more than they realized.
Forcing a minimum wage kills jobs-period, end of story.  The only thing Democrat cared about was getting the votes, not the consequences that followed.

Big Apple restaurants are feeling the heat from minimum-wage hikes, cutting staff hours and even closing kitchens as they struggle to shoulder the extra payroll costs.

Gabriela’s Restaurant and Tequila Bar, a margarita and taco staple on the Upper West Side for the past 25 years, is closing at the end of September — and it has been a long, painful road downhill, according to its mom-and-pop owners.

Since the $15-an-hour minimum wage hit New York City in December, Liz and Nat Milner say, they’ve been forced to slash their full- and part-time staff to 45 people from 60. Quality has suffered, they admit, and customers have noticed: They’re not coming in like they used to, and when they do, they’re spending less.