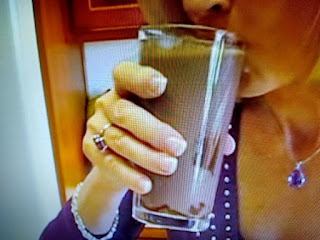 Poor kids!  What little they have to look forward to.
Bad enough they attend crummy schools run by Democrats.  The joy they get from drinking a cold glass of chocolate is going away for good.

The city Department of Education wants to ban chocolate milk from public schools, The Post has learned.
Citing health concerns, including sugar content, Schools Chancellor Richard Carranza and his underlings are pushing for a white-milk-only policy, DOE sources said.

“The thinking is that these kids are already getting too much sugar, why are they getting it in their milk?’’ one DOE source said, adding that higher-ups “are discussing what to do and how to do it.’’

Other school districts, from San Francisco to Washington, D.C., have banned flavored milk, and concern over dairy has come up before in New York City, where students’ milk options were limited to low-fat and nonfat in 2006.
But the city has resisted putting the kibosh on the chocolate variety — at least until now.

The moo-ve is already dividing parents and kids.
“It would be awful to take away people’s chocolate milk,” said Caterina Ditommasa, a 10-year-old at PS 58 in Carroll Gardens, Brook